Dr. Othmar Belker will become a member of the Management Board and Chief Financial Officer of the Schenck Process Group effective August 1, 2015. In this capacity, he will head the company’s global finance organization and, together with Andreas Evertz, President and CEO, will be at the helm of the company, a specialist in measuring and process technology. A Doctor of Economics, he was previously the Chief Financial Officer of the NORMA Group for more than eight years, where he established its international finance department. During this time, he was in charge of overseeing the IPO and subsequent refinancing of the company, the market leader for leading-edge connection technology.

As Chief Financial Officer (CFO), Dr. Belker will replace Mr. Wolfgang Kleinschmidt, who is not renewing his contract and who will be leaving the company at his own request at the end of July in order to tackle new challenges.

“We are delighted to have won Dr. Othmar Belker, a proven and internationally experienced financial expert who has an excellent reputation and, along with his colleague, Andreas Evertz, will be accompanying Schenck Process’ further development,” says Dr. Winfried Walzer, Chairman of the Supervisory Board of Schenck Process Holding GmbH.

A Doctor of Economics, he was CFO of the Norma Group from Maintal near Frankfurt from 2006 to March 2015. Under his overall control, the connection technology specialist was floated in 2011 and grew significantly as part of further acquisitions. Before that, Dr. Belker gained experience as CFO at the global automotive supplier Schefenacker, at the listed construction supplier Lindner Holding, and at a listed investment company.

“Wolfgang Kleinschmidt has worked successfully at Schenck Process for more than 20 years, in the last three as a member of the Management Board and as CFO. We expressly thank him for his hard work and commitment: he played a major role in charting a course for the company to internationalize its business”, states Dr. Winfried Walzer. 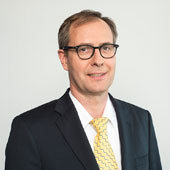 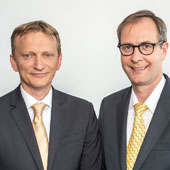