The DISOMAT® Satus from Schenck Process is a high-quality yet low-cost solution for standard technical weighing solutions. This digital scale transmitter for scales connected to superordinate IT and PLC systems is equipped with fieldbus, two serial interfaces and an analogue output. It can also be remote controlled. An optional display allows the weight to be checked on-site.

Typical applications for the DISOMAT® Satus are weight monitoring, level measuring and single-component feed processes during filling or discharging in hoppers. The device’s basic functions include a measuring circuit with A/D conversion, four relay outputs with reliable isolation, three binary inputs, one analogue output, three serial interfaces, an Ethernet connection and an extension plug for fieldbus modules. The VSE 20900 motherboard is fitted in a 19” rack as a plug-in board and can be extended through the use of various extension boards. These include a profibus connection, a DeviceNet connection, a three and a half digit weight display with a digit height of ten millimetres and three buttons for controlling the scales functions. The device is powered at 24 VDC or at 115/230 VAC via optional power supply unit modules.

Alongside the basic scales function, the DISOMAT® Satus also comes in a range of functional variants. Amongst other things, it can for example be used as a scale transmitter and filling or discharge scale. The feed function is adjustable within generous limits, enabling it to be adapted to numerous tasks.

For individual applications, the DISOMAT® Satus is fitted in a field housing (IP65) and installed directly on the scales. Thanks to the 19” technology, it is however also a perfect solution for multiple-scale applications where up to 10 scale transmitters are fitted in a 19” rack. The category 2G (zone 1) scales sensor and display units are connected up using optional sets of barriers.
Another benefit is that the proven dongle concept of the intelligent load cell plug ensures that the electronics can be easily replaced in the event of a defect.

The DISOMAT® Satus is priced very reasonably and still offers great processing power. The 32-bit ARM controller has sufficient power reserves for quick weighing processes and for operating several interfaces at the same time. The device is already equipped for other future applications. 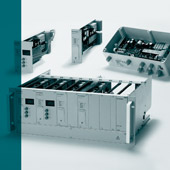