Schenck Process welcomes in the new year with a major order from Sweden. In January 2007, Banverket, the Swedish railway authority, issued an order for its first ten MULTIRAIL® systems. Other options have already been negotiated.

The order placement was preceded by the most vigorous and exacting of tendering and qualifying procedures.

In 2004, Banverket, issued potential suppliers with a request for tender document that contained 160 questions and points relating to approvals and following their tender evaluation procedure, Banverket awarded Schenck Process a contract to build a pilot system in Kiruna, Northern Sweden. The choice of location and testing procedure was intended to test the reliability and durability of Schenck Process’ MULTIRAIL® system under the most exacting of climatic conditions. Over the following 12-month test period, MULTIRAIL® proved that it was more than capable of performing to both the customer’s high demands and the extremes of Mother Nature, therefore, by New Year 2007, Schenck Process was the first and only manufacturer to gain ‘type approval’.

Banverket were won over by the benefits of MULTIRAIL®. This technology uses legal-for-trade systems to weigh trains and also check for damaged wheels and critical load conditions. “MULTIRAIL® technology, originally developed for Deutsche Bahn (German National Railways), has now become synonymous with precise measuring and diagnosis systems for trains,” says Peter Groll, Vice President of Schenck Process with responsibility for Transport Automation. “We are always delighted when our technology is approved by discerning customers. In 2006, Schenck Process greatly increased its share of the market by taking over the in-motion scales business of Pfister Waagen Bilanciai and we aim to continue in this direction in 2007”.

Schenck Process has been a familiar name in the rail business for 125 years, especially when it comes to weighing rail cars and trains. The company’s MULTIRAIL® technology satisfies the increased reliability requirements of rail operators. It also responds to customer’s demands for quality bogie test stands for high-speed bogies and field-based wheel diagnosis systems. 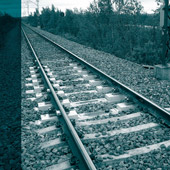