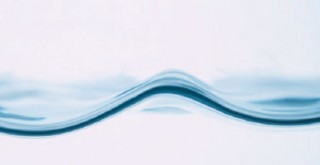 In the chemical and petrochemical industries, liquids are often worth their weight in gold. If mistakes are made in incoming or outgoing goods checks, every kilogram counts. Material flows need to be weighed quickly, reliably and with certified precision.

This places high demands on the weighing technology. The problem is that liquids slosh around inside the wagons, and it can take 20 minutes or more per wagon before the liquid becomes still enough for static weighing to take place. So in many cases you have to choose between not weighing the wagon correctly or accepting long waiting times. The potential losses from false readings can run into millions. This posed an immense challenge to the engineers at Schenck Process, who have developed a new generation of train scales in the form of MULTIRAIL, which is designed for the dynamic weighing of tank wagons.

The technically mature solution is called MULTIRAIL® LiquidWeight. Installed without gaps or foundations, MULTIRAIL works at weighing speeds of up to 10 km/h and is capable of calibration to OIML R106-1. If not being weighed, wagons can travel at the permissible speed for the track.

Equipped with high-precision DMR weighbeams, these scales are optimised for weighing valuable liquid goods which can be weighed by wagon as part of a complete train set. Wheel and axle loads and load distribution are monitored as the wagon travels across the scales.

As the user you save precious time and benefit from a high degree of automation, considerably lower error rates and increased scale performance. An investment that has already proven its worth for customers such as OMV, Basell and Dynea.